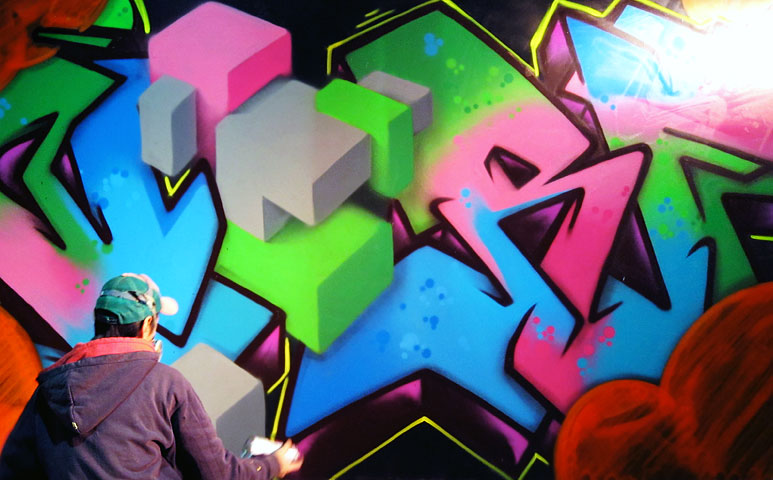 Graffiti can be a challenging term to define.

Is it any marking scratched into or painted on any flat surface, as the latin word “grafito” itself originally indicated? Is it an illicit letter based form of art, painted in aerosol on walls & trains? The Buenos Aires based artist Nerf claims the title graffiti writer, but is perhaps best known for his futuristic abstract style which defies categorisation.

Nerf first began exploring graffiti when he discovered the New York graffiti movement and hip hop culture in the late 90s. He quickly mastered the use of aerosol, and developed a style that rivalled the best writers in terms of technique, style and complexity.

Though Nerf continues to use his name as the basis of many pieces, employing his own unique stylized approach to lettering, he has also developed a parallel style that crosses over completely into abstraction. Fascinated by forms and the way they fit together, Nerf uses toy blocks and puzzles as his inspiration for complex isometric 3D forms.

Creating three dimensional forms on a two dimensional surface requires an extraordinary amount of practice, patience and skill. Many other artists rely on sketches and painters tape to help them create an image and manage perspective. Some will even use computer modeling software & projectors to create an image. The precision of the lines and angles is fundamental, as well as the subtle development of light and shadow, and the layering and shading of colors done to achieve the impressive visual effect. If any of these elements is even slightly off, the impact is lost completely.

Whilst many artists incorporate 3D elements in their pieces, very few are able to work as intuitively and spontaneously as Nerf. Without the aid of a sketch, guides or any visual aids, Nerf approaches walls with nothing more than the colours he’s chosen for the day. His organic 3D masterpieces are created completely freehand.

Nerf’s development as a writer and an artist reflects a broader evolution within the scene. As with all art movements, graffiti has evolved as writers tested the boundaries and experimented with new techniques.

There are writers who insist upon a strict and narrow definition of what graffiti is and isn’t, and many have little tolerance for pieces which deviate from “old school” letters.

Nerf has no qualms about describing himself as a graffiti writer, whilst continuing to adapt and change his style. Neither does he have any issues painting with other artists from very different backgrounds. The mutability of his 3D cubes allows him to mesh with just about any style, and create spectacular and unique collaborative murals.

When all is said and done, “graffiti” much like “street art” is just a label. Labels conjure up certain things to certain people. There are broad and narrow interpretations of what labels mean, and interpretations change between cultures and over time. 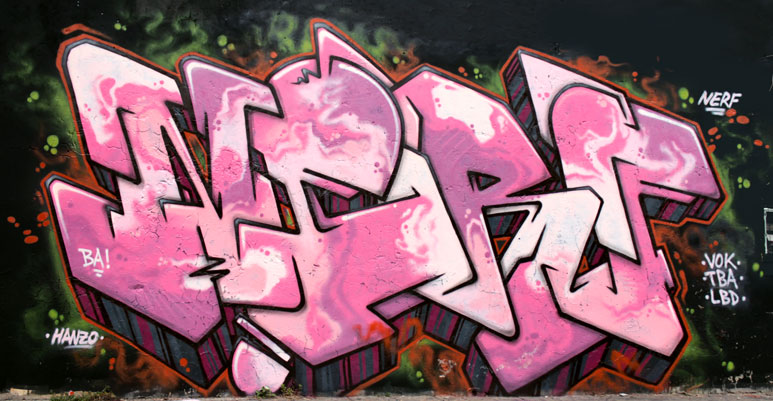 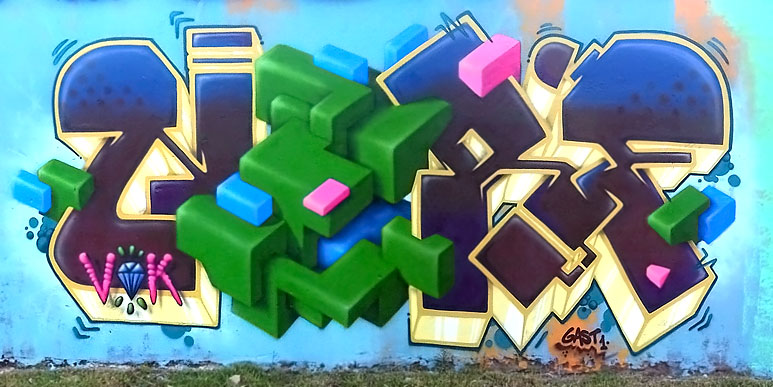 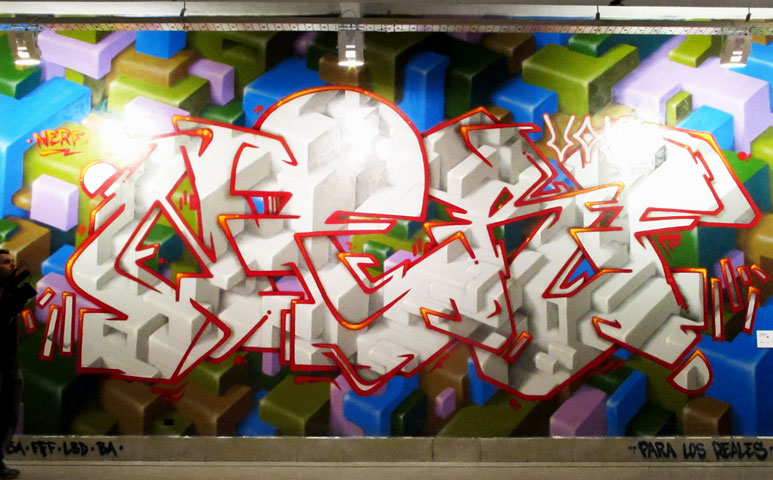 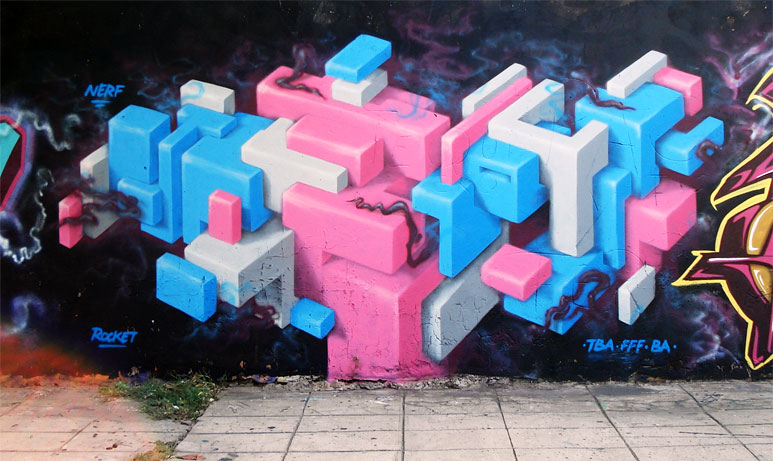