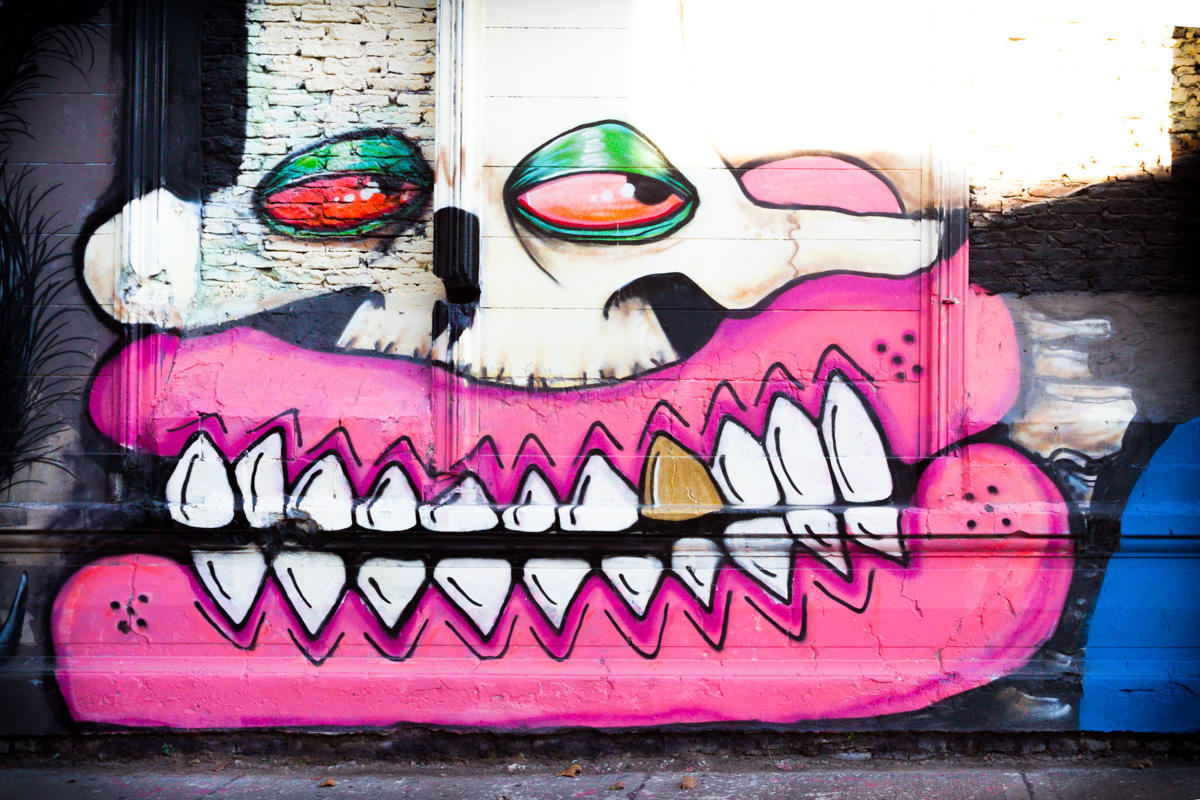 The British artist Sweet Toof has been brandishing his gummy teeth and skulls all over Buenos Aires for a couple of weeks now. Invited to Buenos Aires by the organisation Res Non Verba, he has been pasting, rolling and tagging from Quilmes to Saavedra in the time that he has been here. Sorcha O’Higgins spoke to him about his signature fangs, his career in the streets and how he feels about painting in Buenos Aires.

I first remember seeing the mod and punk graffiti in England when I was really young, and saying to my mum “What’s that?”, and my mum said “That’s naughty boys writing in the street”. And I remember feeling a bit of a thrill, like, I’d like to do that. Then, hip hop came in, and I got into breakdancing and all that in the 80’s, also films like “Wild Style” and “Style Wars” were cult hip-hop and graffiti films. 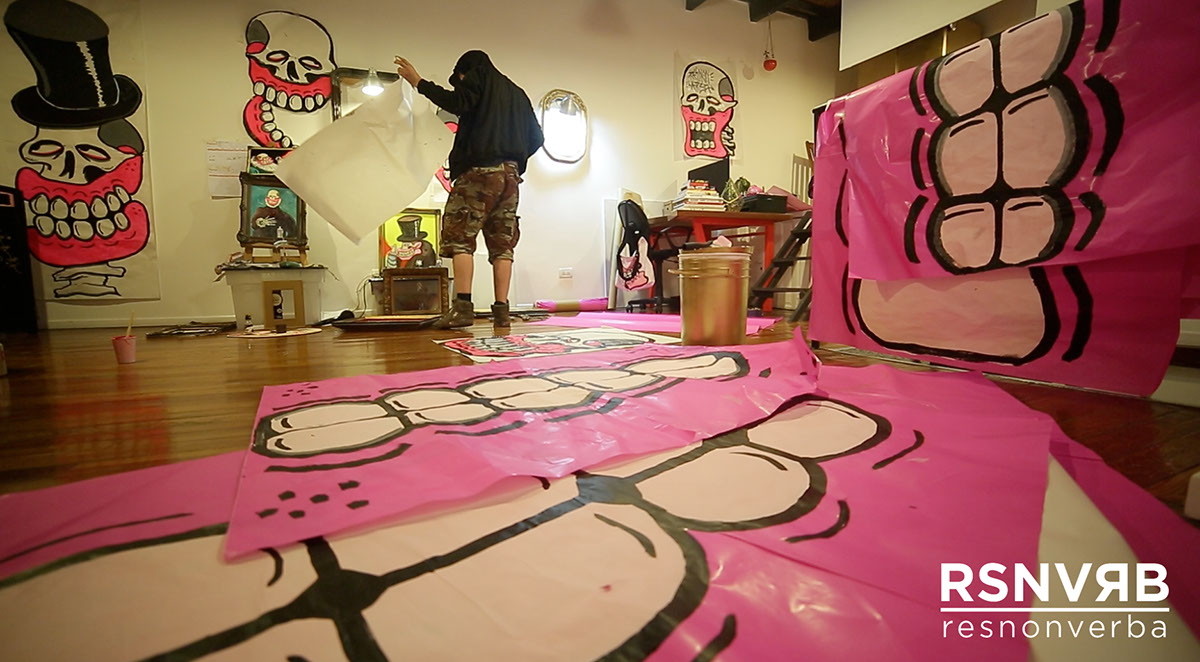 I started tagging in a highlighter pen, funny names like “Hovis” and other little words. When I was about 13, me and my friends would take paint from the garden centre, but then some people got caught and I got paranoid, so instead I would save my dinner money and buy little cans of spray paint and keep them at home. When my parents went to bed, I’d climb out my bedroom window, across a roof and down a drainpipe. I’d borrow my next-door neighbour’s bike and go out and hit electricity boxes with Smurf characters. I’d see them the next day on the way to school from the bus.

I kind of stopped a bit when I was about 18, but I was always still aware of graffiti. I went to art school in Bangor. I had 2 suitcases of drawings instead of a portfolio, and they put me into fine art. Then I did another degree in Coventry for 3 years, where I really got into using older methods there, printmaking, etching etc. The attitude at the time, in the 90’s, was that “painting is dead”, so there was a lot of buzz about video and installation art, so I really rebelled against that and started to do a lot of oil painting, still life and skulls. I’d go to the market and buy dead birds and rabbits and hang them up in the studio and paint them, studying nature in my house like a madman! But I was still going out and doing letter pieces and characters and stuff. So I was doing both; I had the discipline of the painting, but then the fun of going out. Then I went to the Royal Academy of Art in London, did a lot of life drawing and painting. I taught for a while, but I didn’t really like it. 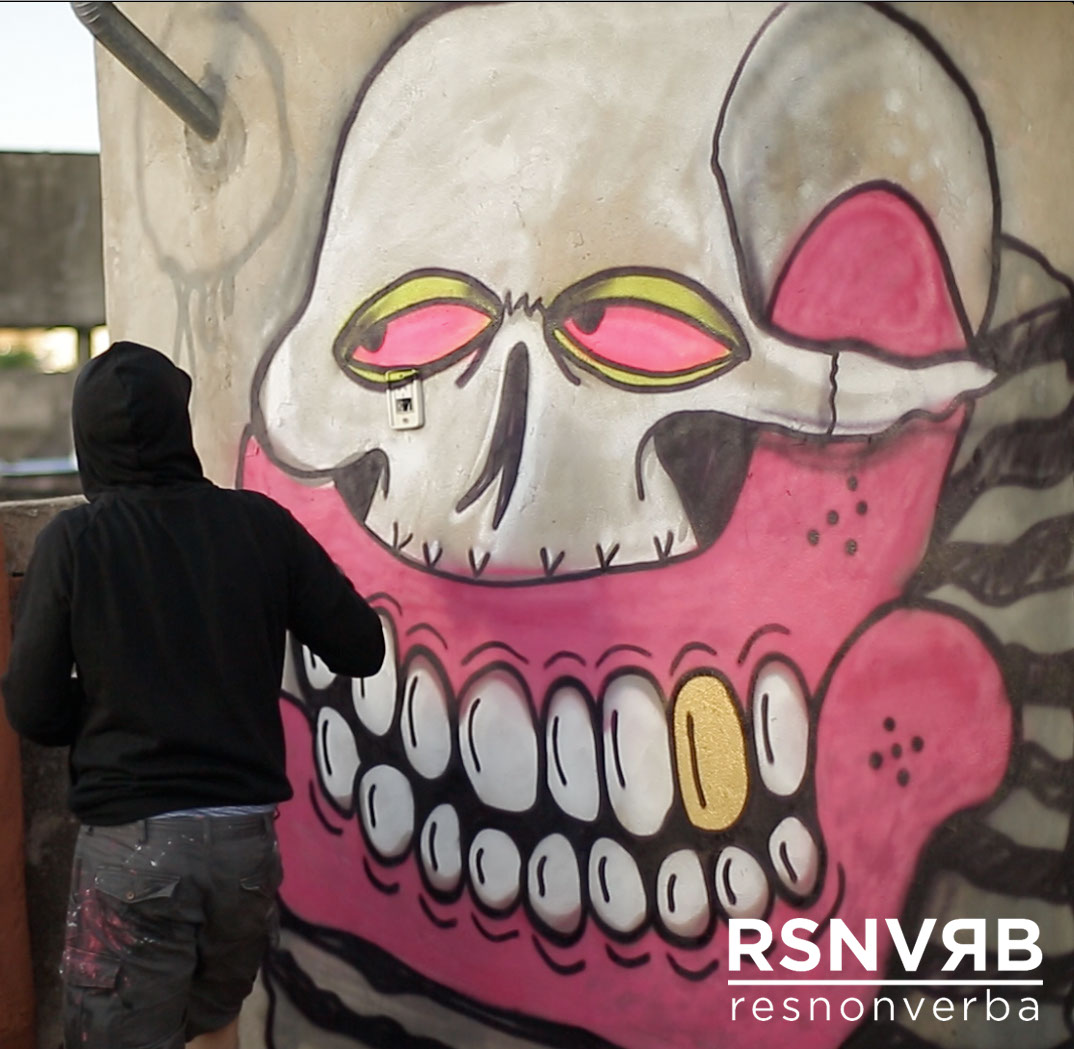 The teeth started to creep in to my pieces when I got to London. I used to write “Spy” and in the “S” I’d do some teeth, but I was also doing self-portraits at the time with a magnifying glass, so my teeth seemed really big. I’d do oil paintings with these big mouths on them…teeth were everywhere. I remembered the sweets you’d get when you were a kid, the gummy teeth and the fried eggs. I was looking at graffiti and just seeing names, characters, names, characters, and I just wanted to come up with something really fast, something that you could throw up. The teeth are easy to do, just a few swirls, and then pink/black/white, just three colours. It started to lend itself to the oil painting, so it kind of began to cross over. Painting in the streets would become subject matter for paintings, leaning over a wall, seeing the sky at night, that kinda goes into your brain. You remember the light and stuff…

I love oil painting as much as I love doing stuff in the street. I still do a lot of skulls, a lot of ruffnecks, hillbillies. But I still see teeth everywhere, since I started doing them in 2005. I’ve sort of stopped doing them now, after this. I feel like you do things until you get bored of them, like you’ve got a sponge, and you stop when it’s wrung out. 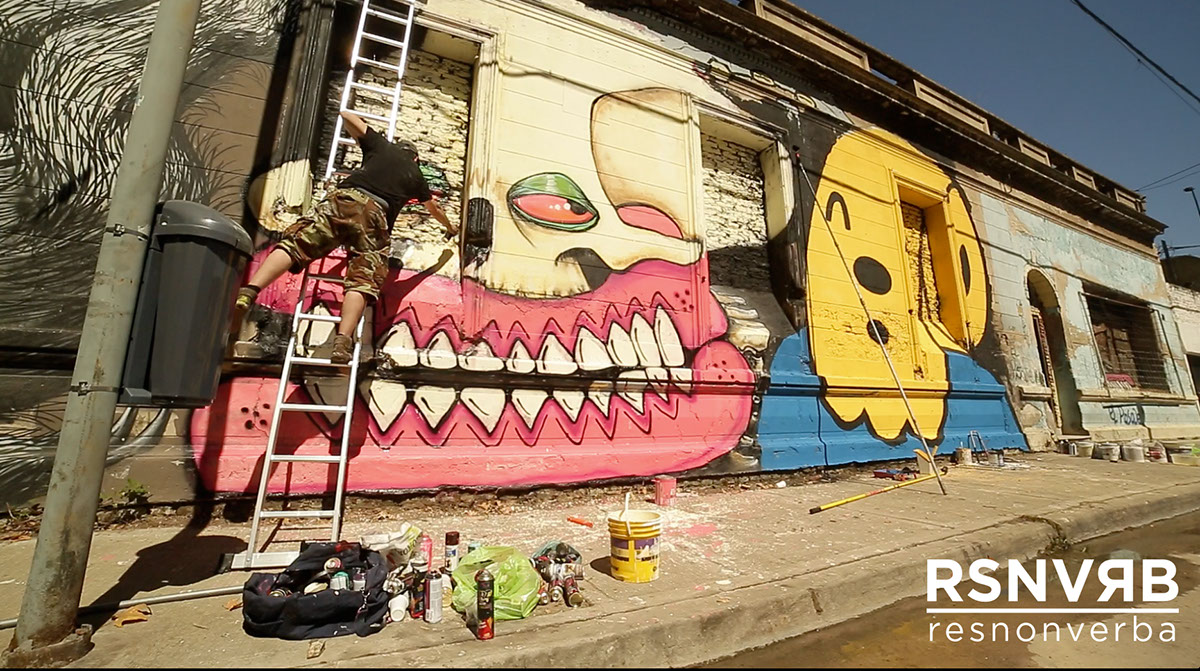 London is so gentrified, a lot of “pay as you go” walls, lots of street art tours and a lot of them are shit. The walls are also controlled by people who are only in it for what they can get out of it, jumping on the bandwagon. There are so many rules in graffiti now as well, like “you have to do a piece, a shadow, a cloud, an outline, a power line, no drips” etc. etc. the language is very confined. I like to be a little less defined, so people can’t really say what you are. I still like doing throw ups and bubble letters and rollers, but I don’t like people to label me and say “Oh, he’s a street artist” or “Oh, he’s a graffiti artist”…I don’t know what I am, I just love painting and like minded people, people who have energy and are doing things…you bounce from that, don’t you?

Lately, I like to not tell anyone where I’m going, say that I’m going fishing and head off to paint and travel. I met Belen (from Res Non Verba) at a show I did in New York, then she invited me here. I didn’t think it would happen, but then all of a sudden here I am! I love painting here. You’ve got blue skies, the weather is great, you can paint in your shorts at night, you can hear all the insects chirping, it just feels really chill. I can imagine it’s got other sides to it. I sort of feel like staying!! I want to come back next summer. I’ve done some walls during the day, and a lot of stuff at night. The police came once, and I freaked and ran, I thought they were coming for us, but they just drove by! In London, there are CCTV cameras everywhere, and that’s how they get you. We put 100 posters around at night, that was fun. And you can get really nice paper here as well. I painted with Sonni, he was really chill and nice to work with. I painted with Malegria and El Marian in La Boca. I went out a few times with Perla and Raws as well, and Borneo. A few walls with permission, and a few cheeky ones. 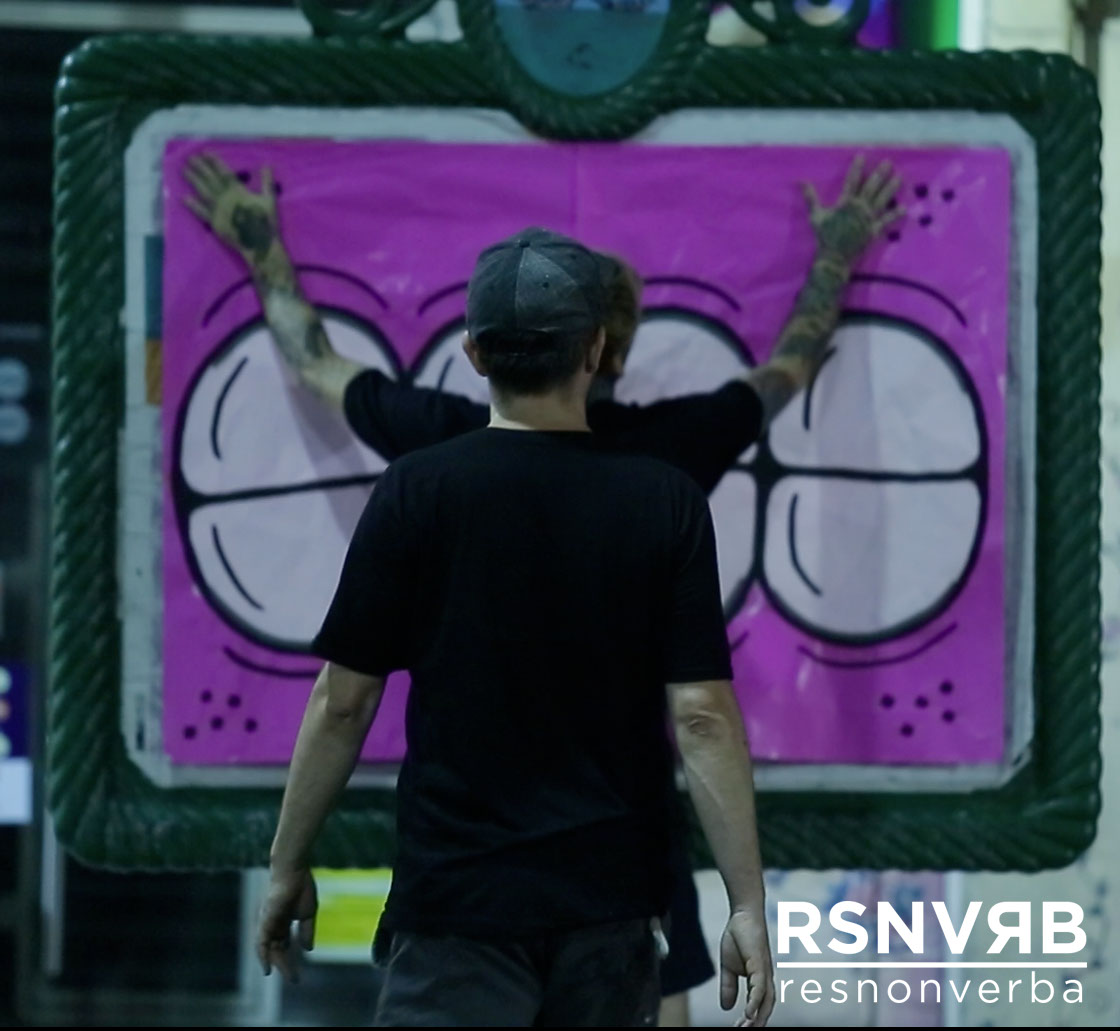