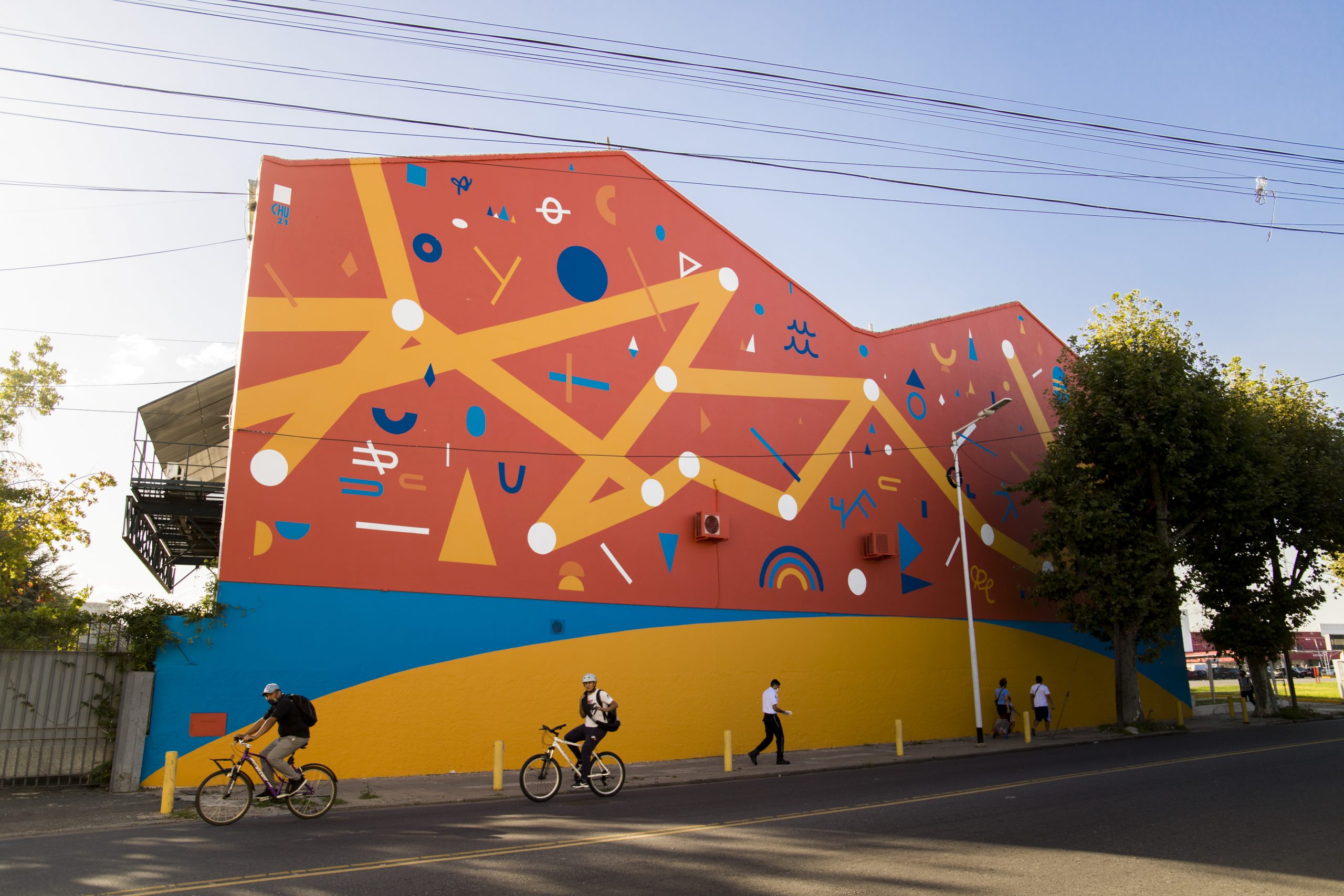 On Saturday, March 27, 2021, the last urban intervention by visual artist Julián Manzelli aka “Chu”, was inaugurated at Andreani’s Logistics & Operations plant located in Avellaneda, Province of Buenos Aires. The interventions consist of a 34mts long by 18mts high mural on the façade of 104 Piovani Avenue, and an intervention on a water tank that rises 13 meters high.

The new artworks are part of Fundación Andreani’s “Interventions” initiative which seeks to promote contemporary art in varios non-conventional formats and platforms.

To carry out this large-scale interventions, Chu has a team of collaborators who have been assisting him for many years. For this particular mural, he had the assistance of two young artists, Joaquín Longinotti and Nicolás Germani.

For the composition of both interventions, Manzelli arranged a map of interrelated elements that build up a great abstract articulation “that plays with the figurative and works really well with it’s surroundings”, states Manzelli. “For years I have been incorporating into my body of work, a graphic system of interconnected dots which articulate and generate, not only mechanical compositions or processes, but interrelations, constellations, conflicts, links. The use of this system seemed a perfect idea for this mural suggesting a composition like a great meta-map with all its elements”.

The Documentary, by Juan Ignacio Zevallos

The documentary is available at Fundación Andreani’s Youtube channel.