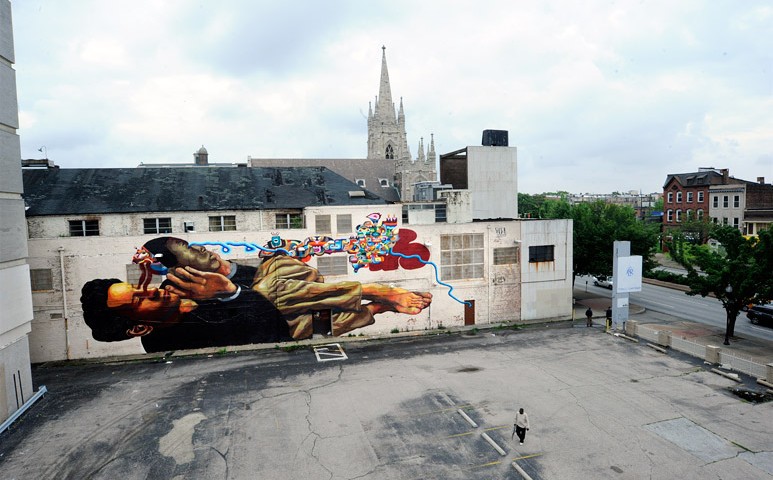 New piece from Ever for Open Walls Baltimore

One of the most inspiring aspects of our work is watching artists’ styles develop over the years. We first met Ever back in 2008, and immediately warmed to his cheeky sense of humour and friendliness. At the time he was painting portraits of chihuahuas combined with ex-lovers all over Buenos Aires, and you could clearly see a touch of his personality coming through his surreal paintings.

His recent works have a different tone and feature creative juxtapositions of strikingly realistic portraits together with abstract forms. This theme has been incorporated into his latest piece for Open Walls Baltimore, where he has painted an extraordinary mural that spans the length of a building.

The mural was inspired by a comment Ever heard on a bus during the swine flu crisis. Public transport in Buenos Aires can be a little overcrowded at the best of times, and during the swine flu crisis tempers ran high. A man boarded a local bus trying to sell trinkets to the passengers, and noting that the passengers were glaring angrily at sneezing child, he began his sales pitch with the line “remember, the body is just a suit to be worn upon the earth”. The line may not have sold him many trinkets but it made a lasting impression on Ever.

Taking inspiration from this idea, Ever created a collage with Rosanna Bach which explored the relationship between the mind, the body and the soul. The collage became the basis for this mural, a stunning piece which is testament to Ever’s skill and ability to make ideas work at enormous scales.

We’re very happy to be able to share some photos of the mural taken by legendary photographer Martha Cooper, whom Ever was very honoured to spend time with during his time in Baltimore.

Ever is in high demand at the moment, and will shortly be heading to paint at festivals and exhibitions in Spain, Germany & London over the summer. We’re looking forward to see what he paints!

All images are copyright of Martha Cooper. 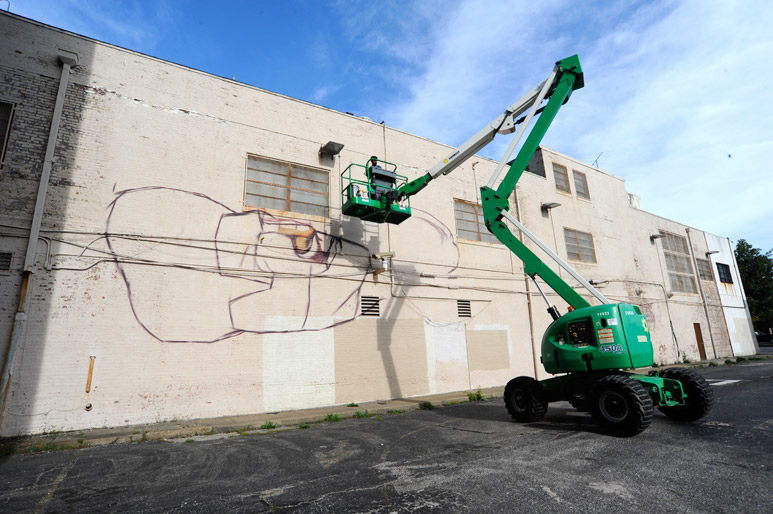 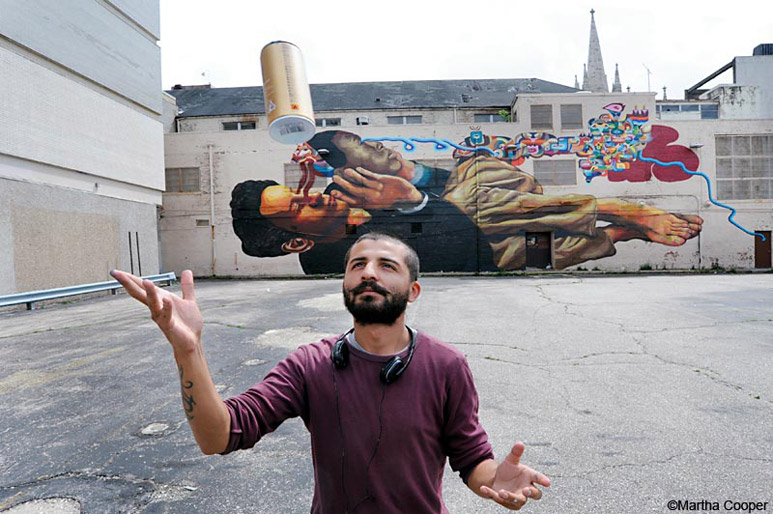