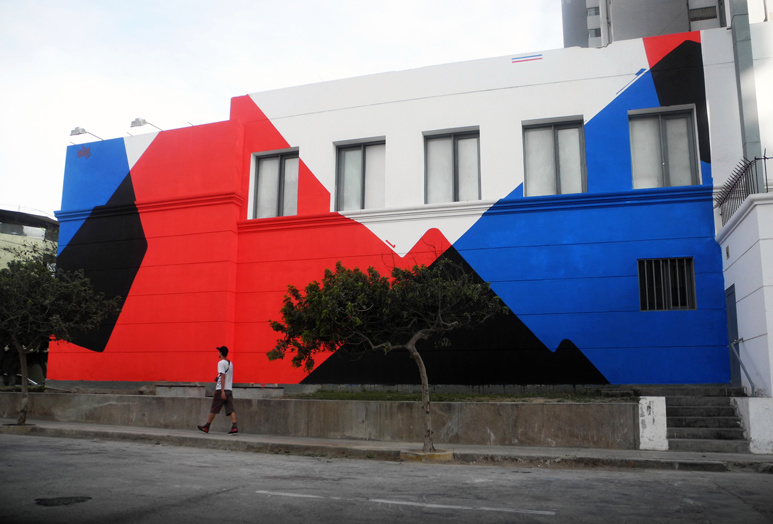 We first met Elian last year, when he travelled from his native city of Cordoba to paint at last years Meeting of Styles festival in Buenos Aires. He painted a subtle and accomplished abstract piece for the festival which explored form and colour.

We’ve become big fans of Elian, and have picked out a few of our favourite pieces below, all taken from his flickr and painted during the last two years. You can see a clear evolution in his work, as he explores 2D and 3D forms, colours and the potential for interaction through transparency.

Elian has a solo show at Hollywood in Cambodia (Thames 1885, Palermo), opening on Wednesday 27 July. The show will explore the relationship between material goods and the human spirit through transparency and contrast.

It sounds intriguing – if you’re in Buenos Aires do not miss! There’s more info on the show on Facebook here 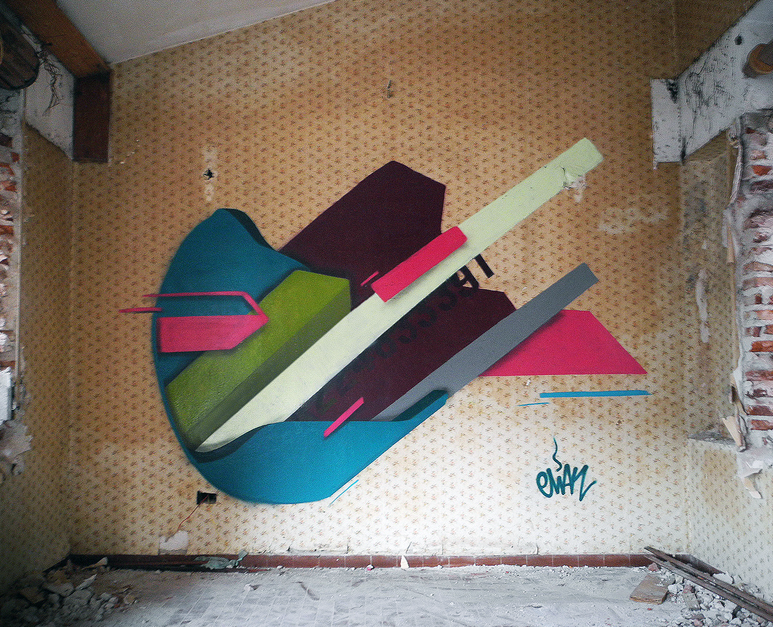 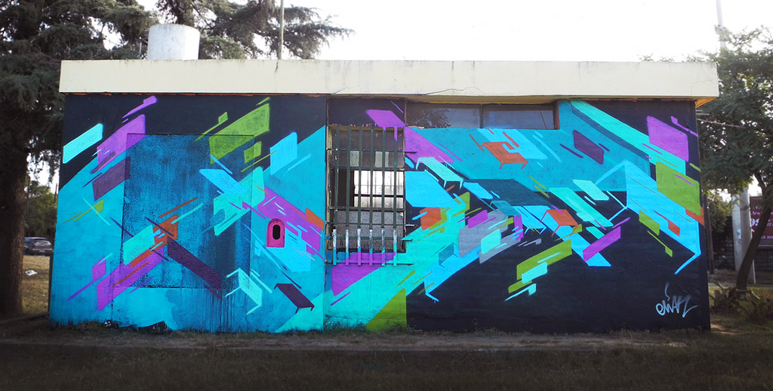