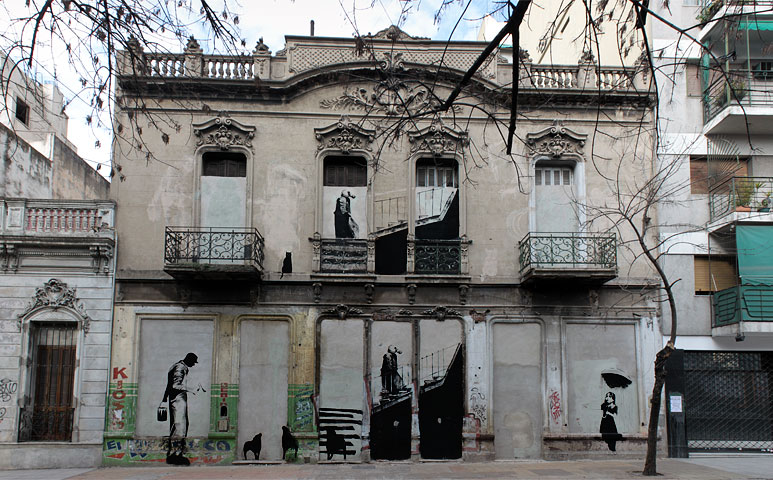 An abandoned two storey period building in San Telmo has unexpectedly acquired a number of Banksy stencils. The images are careful reproductions of pieces that Banksy originally created in New Orleans, in the aftermath of Hurricane Katrina.

The image at the bottom right of the building depicts a girl whose umbrella seems to be raining on her. In the context of flooded, weather-beaten New Orleans it was a poignant piece. 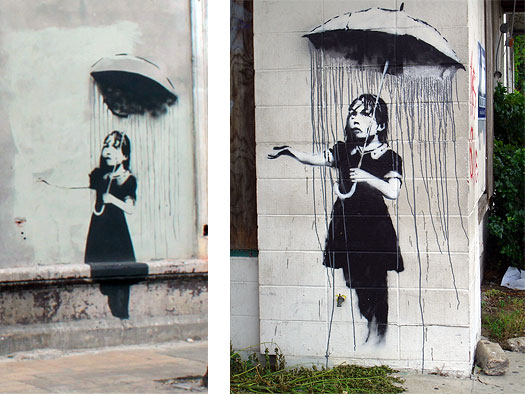 The creepy looking painter on the left hand side of the mansion is another piece originally painted in New Orleans. This image represented a local legend known as “the grey ghost” – an anti-graffiti vigilante who used to cover graffiti in grey paint wherever he found it, irrespective of the original colour of the wall. More about the grey ghost here. 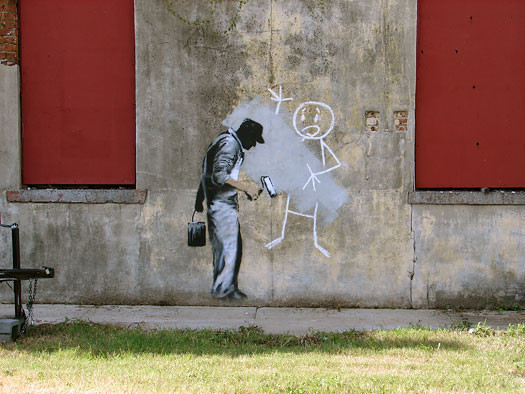 Set against the imposing colonial mansion the reproductions look pretty dramatic, especially the gas-masked figures ascending a painted staircase. But out of context these images lose their relevance.

Banksy’s success has stemmed from his ability to use street art to make a salient point in a relevant setting. Whilst these reproductions look great, their essence has been lost in translation.