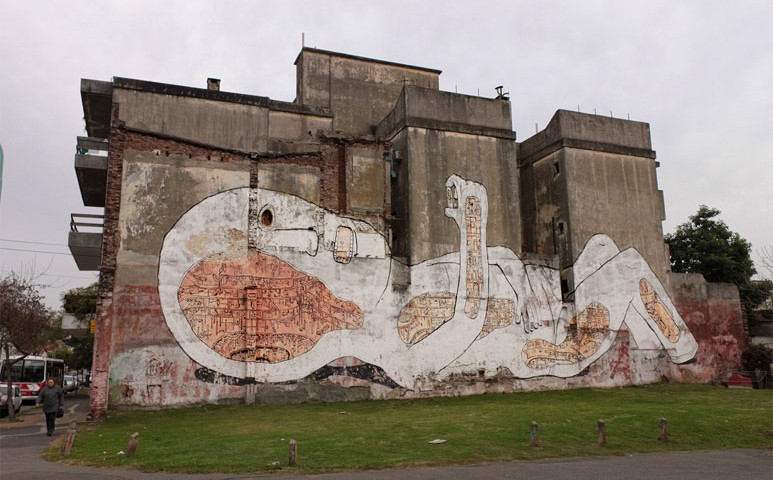 The Italian artist Blu has done some truly spectacular projects in Buenos Aires, where he has taken full advantage of the abundance of empty walls and the city’s tolerance & respect for street art.

His extraordinary animated short MUTO featured a stop motion animation painted entirely on public walls in Buenos Aires & Baden. To create the film Blu painted pretty much every day for three months, painstakingly painting each frame of the animation on city walls in full public view.

His follow-up to MUTO was perhaps even more ambitious – his second animated short “Big Bang Big Boom” featured another stop motion animation showing the evolution (and end) of life as we know it.

For a limited time, Wired.It have made Blu & Lorenzo Fonda’s documentary Megunica available to view online. The film documents Blu’s journey through Latin America, and offers a glimpse of the unique context of each country in addition to the stunning artwork created along the way.

Featuring a mix of murals, animation, graphics and stop motion video, the award-winning documentary is available to view in full until the 22nd of July.

EDIT: The film is no longer available – so we’ve replaced it with an excellent trailer: