“I love the chaos that rain brings"

It’s been over a decade since Cabaio began painting on the streets of Buenos Aires, adopting stencil as medium. He’s since become one of the city’s leading stencil artists. graffitimundo interviewed Cabaio as he prepared for his first ever solo show, titled “La Lluvia” (The Rain”).

GM- What is the concept behind “La Lluvia”?

C- “Rain” felt like a metaphor to capture this moment in my life, when everything I’ve had pent up inside for so long can be released. Rain can represent strength, but also chaos, because you never know exactly when it will come. This exhibit is about these storms, the thunder and the downpours in my life.

GM- You’ve chosen the concept of “the rain” as opposed to “the storm”.

C- Yes, the rain is liberating. It brings relief – the calm that follows the storm. Rain is a shared experience that is at the same time different for every person. I love being out in the rain.

GM- You have said in the past that your work is influenced by images you’ve seen which have left their mark on you.

C- Totally. Some of my works contain personal references, which is what I meant when I said that the exhibition captures where I am at this moment. These are the works that best represent me at this time.

GM- What were the first things you painted in the streets?

C– I started painting with Nico (Vomito Attack). We regurgitated the information we were being bombarded with, collecting images and subverting them. That was our dynamic at the time: we would improvise with material that we found in the street. We started interacting with images that were already painted, and the work of others. We would use material we found in the streets, and play about with ways of layering different materials, colours and stencils. At the time the whole process was unplanned and unconscious. Over time I found myself intentionally moving towards simpler and smaller images. These days, my large format works are primarily created using fairly simple images.

GM- How often did you paint?

C– When we first started, we used to paint every week for a year. Then between 2004 to 2006, I painted only painted 2 or 3 times a year. I could only afford to buy the materials to paint regularly when I had money. Then in 2007 or 2008 I started to focus, when I went out I was more alert, always mindful of what I could paint and where. I looked for inspiration; walls and adverts which caught my attention. By then I was hooked and there was no turning back.

GM- At what point did your find the style you are known for as Cabaio?

C- Whilst I was between jobs (that had nothing to do with street art), I began buying materials and had more time to paint. At the time there wasn’t much variety in aerosols; there were only 5 colours available. Even though I hadn’t found my style, I really enjoyed painting. I’d go out to paint by myself at night, and had some really fun, chilled evenings. That’s when I said: “This is what I want to do, I want to keep doing this forever.”

A year before my show with Clara Domingas (“1%”, in Hollywood In Cambodia, 2008) I started feeling more comfortable about the work I was making. Different colour aerosols became available from Kuwait, and this revolutionized the way I worked. Domingas encouraged me to take painting more seriously, and her support was very important to me. Since then time I’ve been painting with more enthusiasm than I have ever had before.

GM- What did you study?

C- I studied architecture, but I quit at the start of 5th year. At that point I was already painting, and it gave me much more satisfaction so I decided to dedicate all my energies to it. Around that time I met Marina ( co-founder of graffitimundo) and we had a few meetings before graffitimundo was created. She sold one of my first works was sold. That made me so happy, I couldn’t believe it. I saw that the work spoke for itself.

GM- How much of an influence did your studies have your art?

C– It influenced me in terms of methodology. At university I learned to love what I do, and I learned to create work with meaning.  Sometimes I became particularly interested and dove into research on one visual style.  I’m sure that my studies in geometry have influenced my work.

GM- Are there other artists that are influential for you right now?

C- I’m very inspired by the readings that Clara Domingas has shared, for example those of the Brazilian psychologist and anthropologist Eduardo Viveiro de Castro.  I also love Walter Benjamin and read Cortazar over and over. In terms of visual artists who I respect and who blow my mind, I’d say: Banksy, Blek le Rat, Acamonchi.  With Acamonchi I really like the way he weaves images together, but I try not to view too much of his work because he’s such an important influence for me!

G- What can you tell us about the works we’ll find in the exhibit “La Lluvia”?

I hope that people can interpret the artworks’ messages, although I’d like everyone to make their own personal interpretation of the pieces. There’s one image of a trainer with a turtle that I only painted once before the show, which represents the idea of trying to force someone to give something what they can’t deliver. I prefer using images just once, as I get bored quickly.

GM- It’s interesting that you use a tool characterized by repetition while you’ve also said that painting an image more than once bores you.

C- Yes, it’s a contradiction but it’s true.  I feel comfortable with the medium but at the same time I would like to close this chapter. I am trying to expand the scale of my work as well as to experiment with other elements.  Right now, for example, I’m working with watercolour with the idea of mixing it with stencil.  I’m looking to break out of my comfort zone and that’s exactly what Chen Chen, the collective we’ve created with Clara Domingas and which is carried out between Buenos Aires and Salvador de Bahía, is about.  We push each other to experiment and to create using new tools and techniques.  That’s how I discovered that I like to draw.  These are phases we go through as well though, because some days I can’t even think of picking up a paintbrush while there are others moments when I want to go out and paint every day. 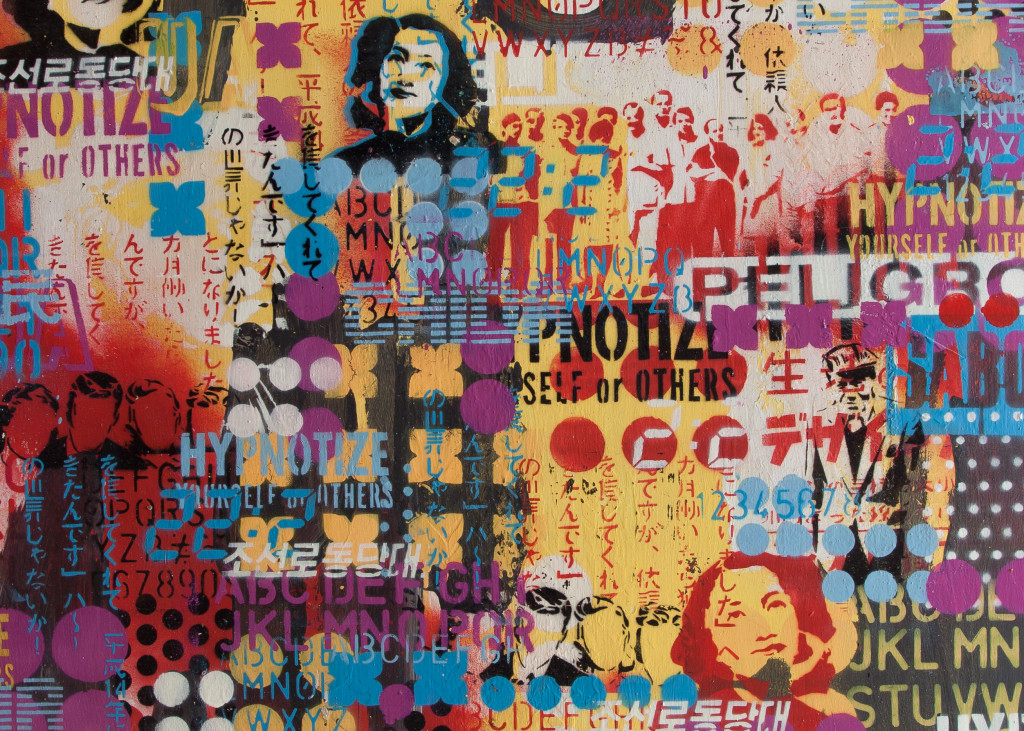 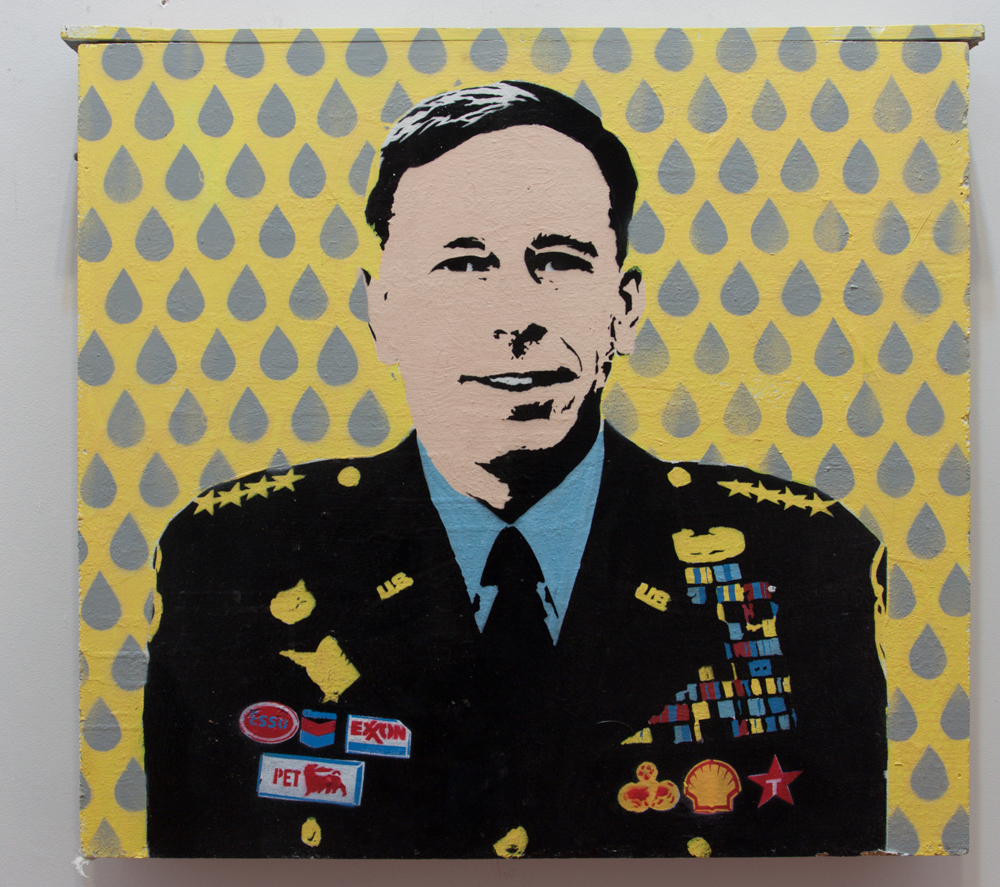 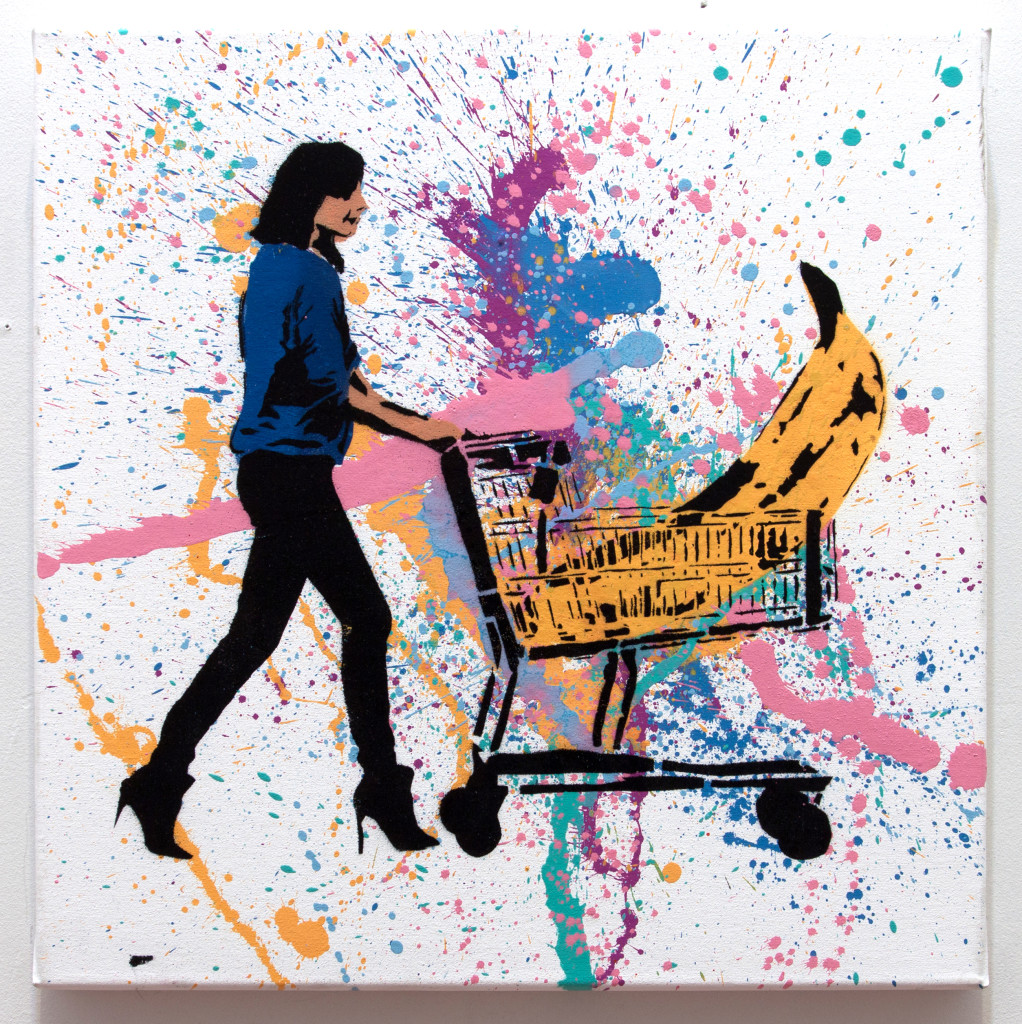