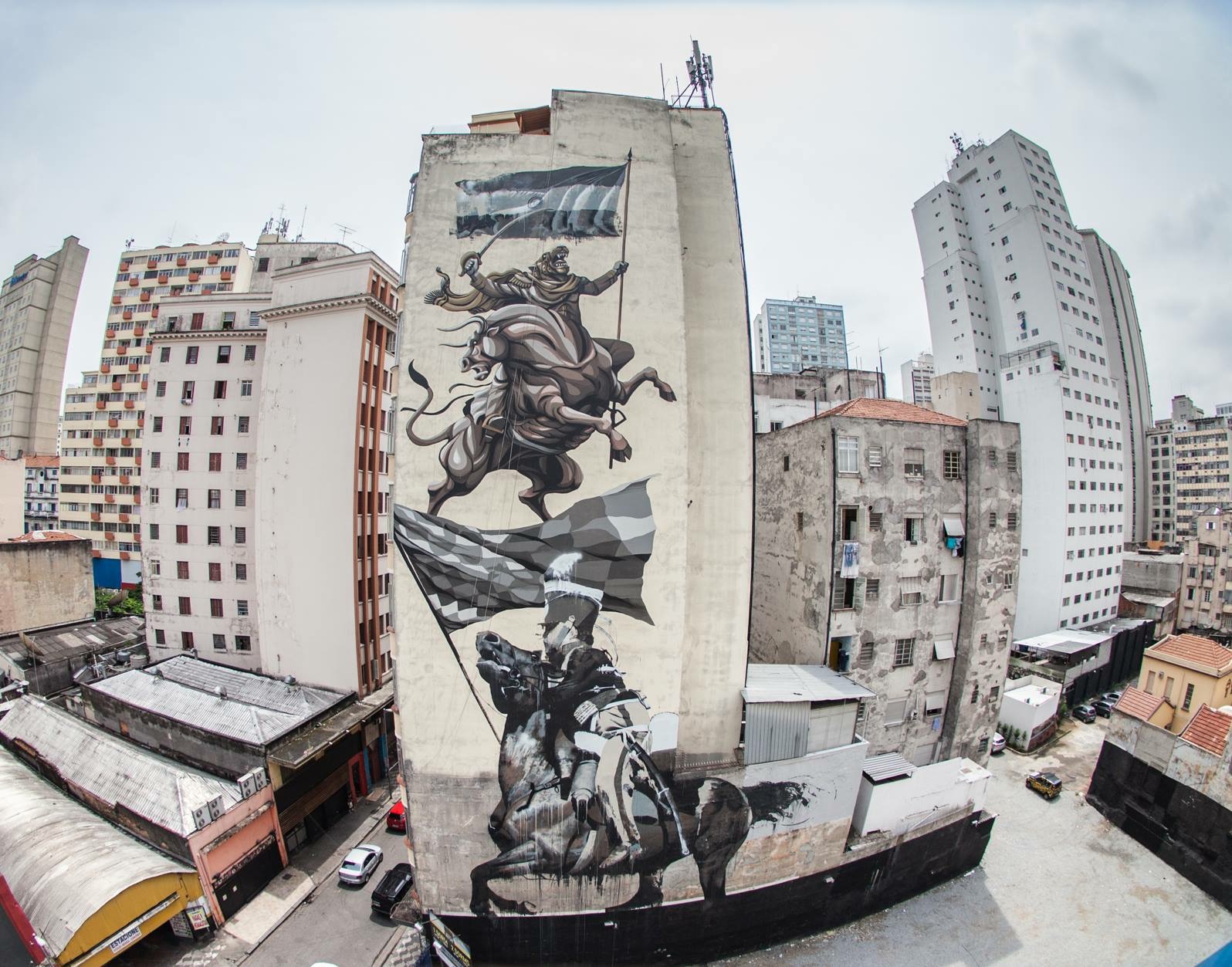 Franco and Conor worked for 10 days straight on this this monumental piece.

The work references different conflicts in Latin America; the Paraguayan War and the subjugation of native people.