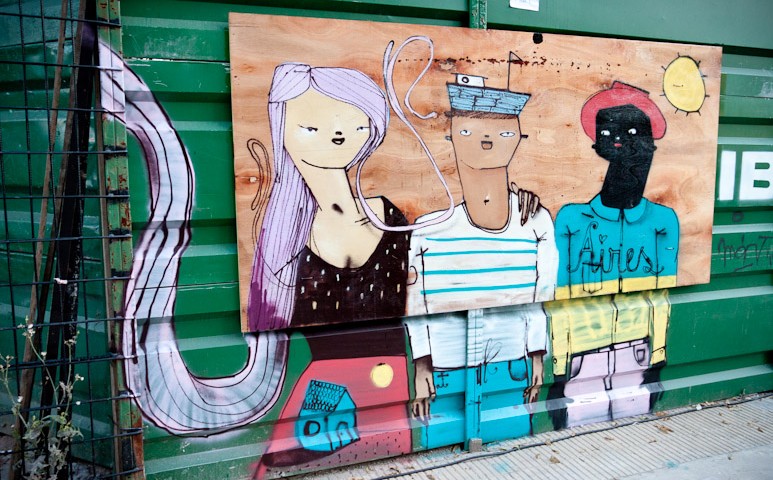 Parque Patricios is a barrio to watch. It’s a fairly traditional, residential neighbourhood boasting some beautiful turn of the century architecture, a large park and a newly opened subte line. A huge amount of investment has gone into the barrio in recent years, and one of the latest projects has been to develop an an entire neighbourhood block adjacent to the park into the new site for Banco Ciudad.

Arte Patricios was an innovative event which brought together dozens of artists over a single weekend to create an open air art gallery around the the perimeter of the construction site for Banco Ciudad. Wooden boards were attached to the metal walls surrounding the site, creating a gallery of empty spaces for the participating artists. Some artists focused on painting the board itself, whilst others incorporated the surrounding wall into their pieces.

We turned up late on the last day of the event having got lost en route. Whilst Parque Patricios is a barrio to watch, it’s also apparently a barrio that can be difficult to get to (according to our taxi driver anyway). So unfortunately we didn’t manage to capture all the artwork from the event – but happily if you’re interested in checking it out, the artwork will remain in place for the next 8 months whilst the bank is built, and then following completion of the site the artwork will be auctioned off.

From the little we caught it seemed like a great event with an interesting concept – transforming an inherently ugly construction site into something attractive for local residents. There were some beautiful paintings and a friendly vibe as artists, their friends and local residents enjoyed the art. 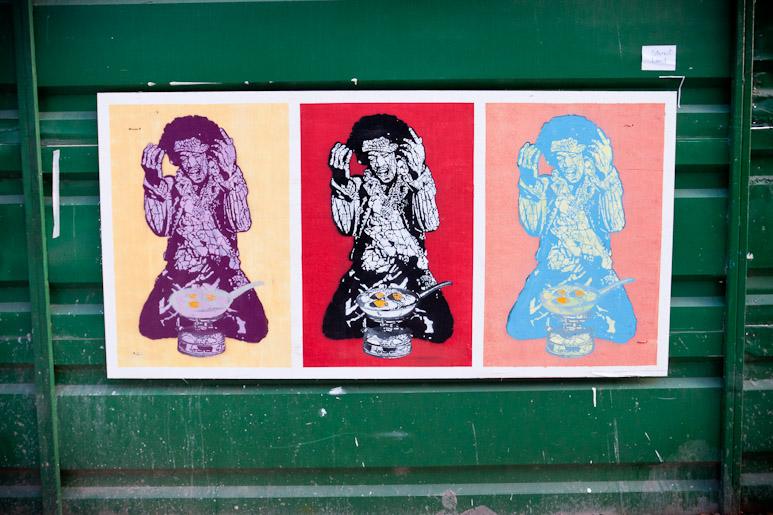 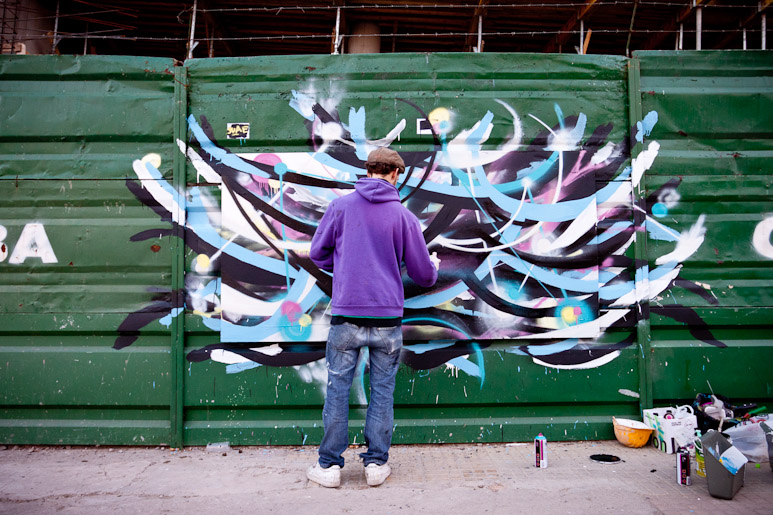 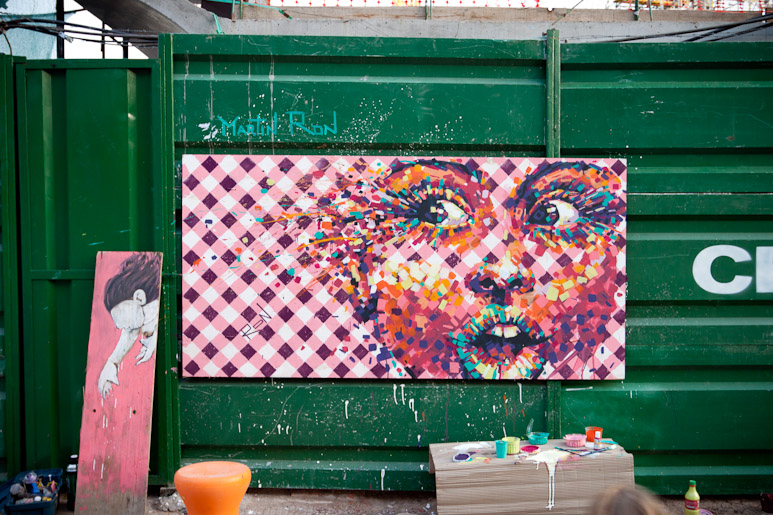 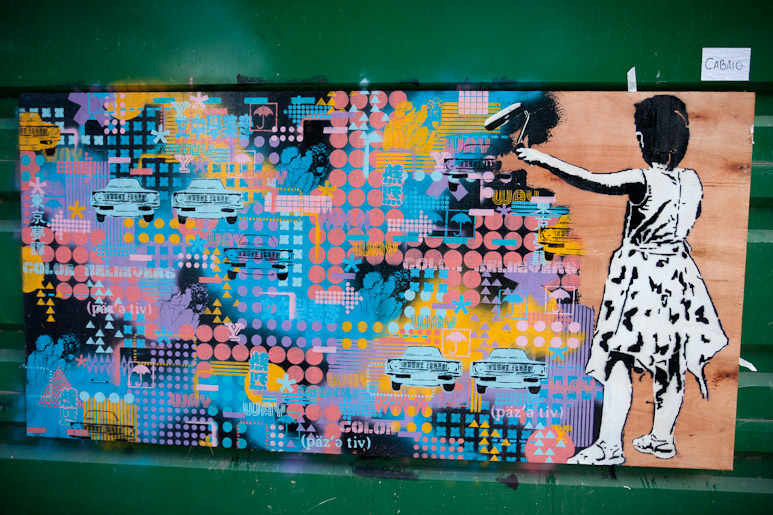 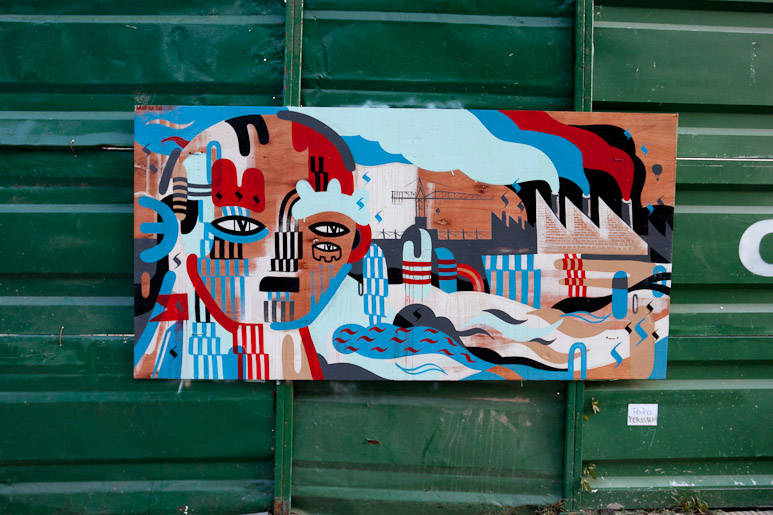 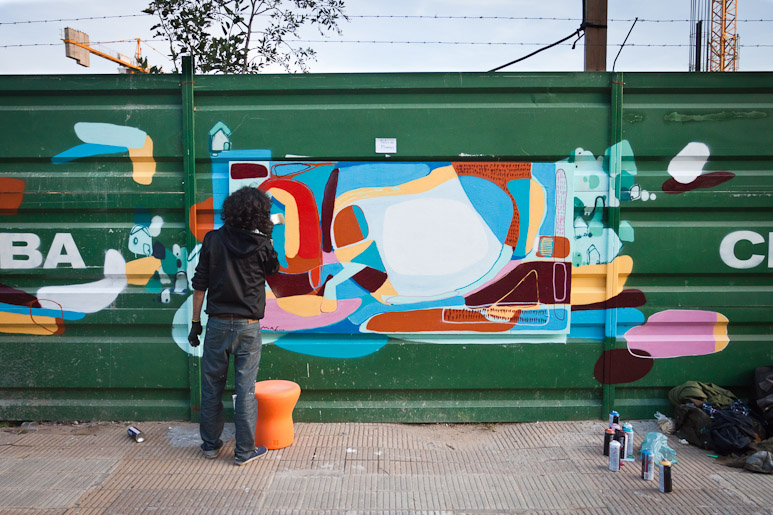 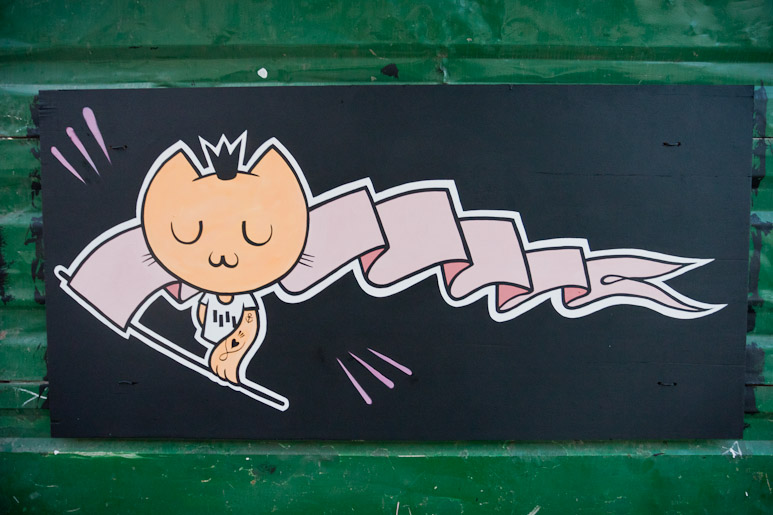 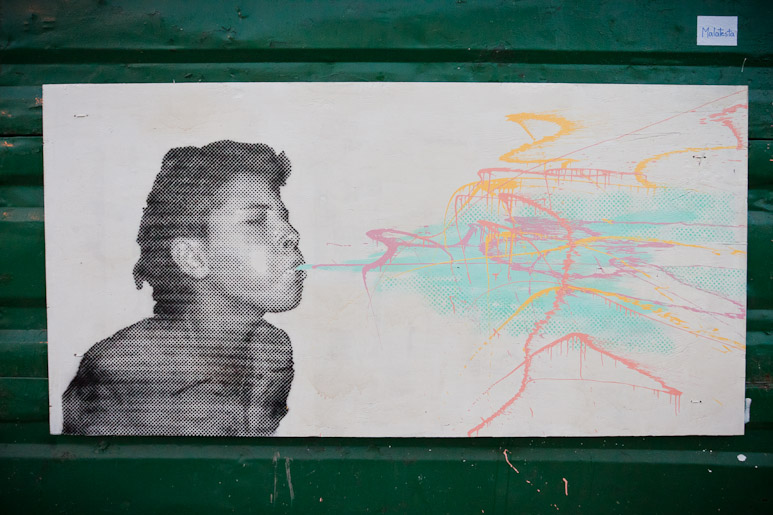 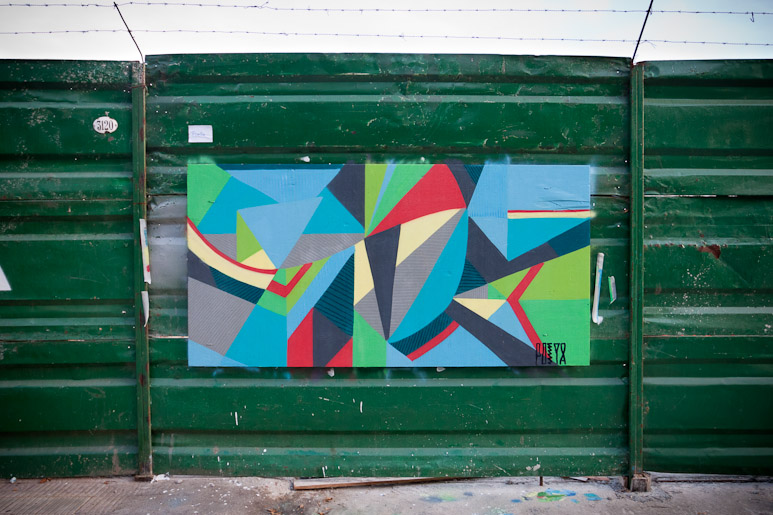 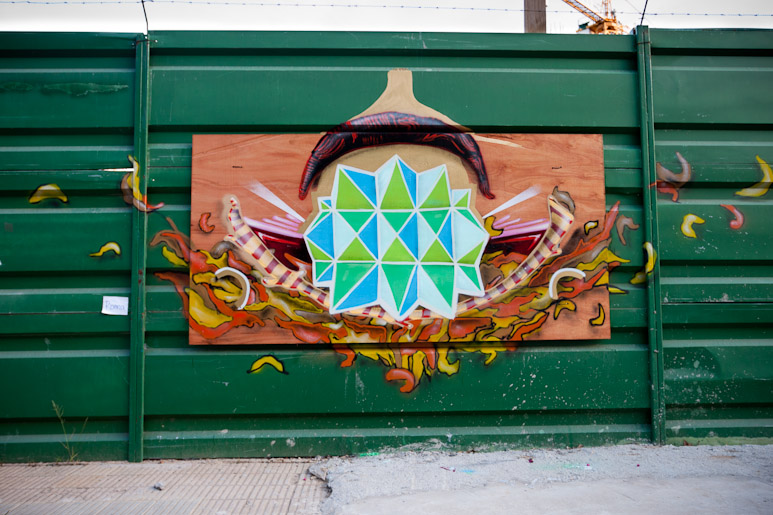 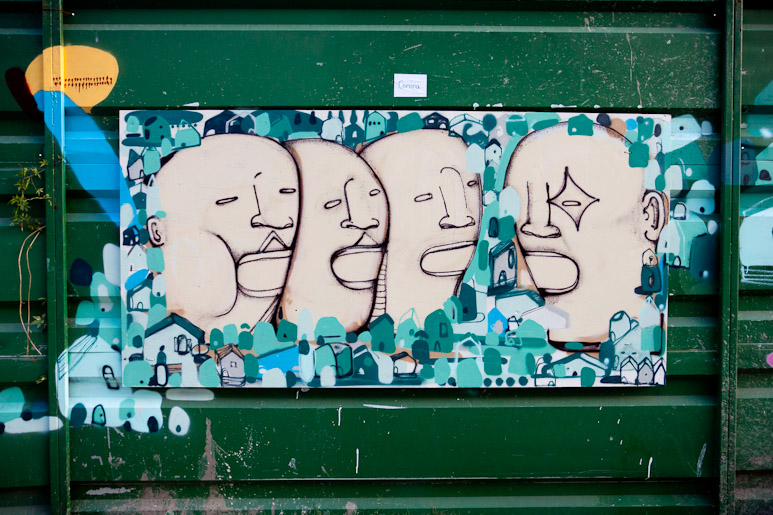 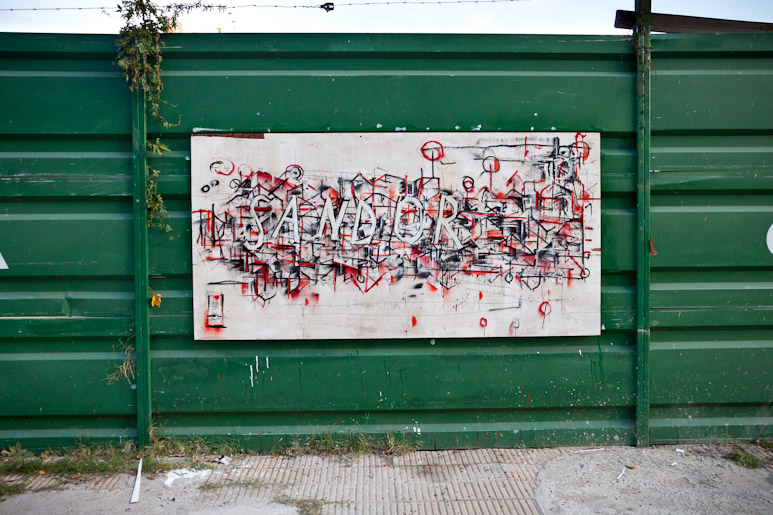