Catalogue of works by HIC Crüe

HIC Crüe is a legendary Argentine street art collective composed of BsAsStencil, Rundontwalk, Malatesta, Tester Mariano, y Stencil Land. Together they founded Hollywood in Cambodia, the only artist-run street art gallery in the country. Their new exhibition “Fuimos Todos” comes on the heels of the gallery’s tenth anniversary, and is an ode in practice to a decade of the group’s collaborative work on and off the streets.

“Fuimos Todos” is a celebration of the collective as a creative concept, something which captures a fundamental element of the nature of urban art. To prepare for this, their third group show, the artists converted their own gallery into a studio and undertook production as a cooperative process between all 6 members.

The entire collection is composed of images culled from archival material compiled by members of the group, including an eccentric mix of comic books and cooking periodicals, old magazines and advertisements. The resulting works are layered with nostalgic imagery, playful ad subversion and historic reference. 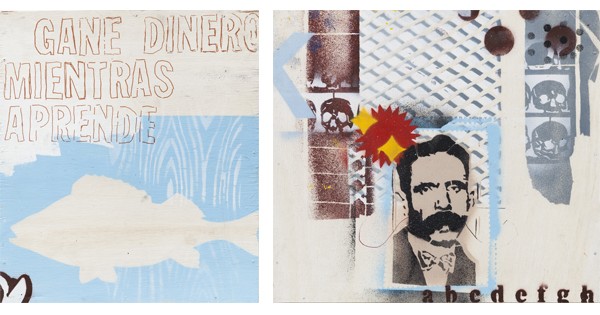 As part of the show, the artists created a mural in situ, depicting a solemn man standing with his back to a painted wall, facing a group of uniformed men lined up in a firing squad. The mural was inspired by an illustration by Carlos Vogt entitled “Un hombre llamado humanidad” (A man called humanity) from a comic published in 1975 the magazine Skorpio.

The exhibition features 34 artworks created with mixed media on wood, in small and medium formats. Download the full catalogue of artworks here.
We ship internationally. For inquiries write to us at info@galeriaunion.com.

You can also check out an interview we did with HIC Crüe on our blog here. 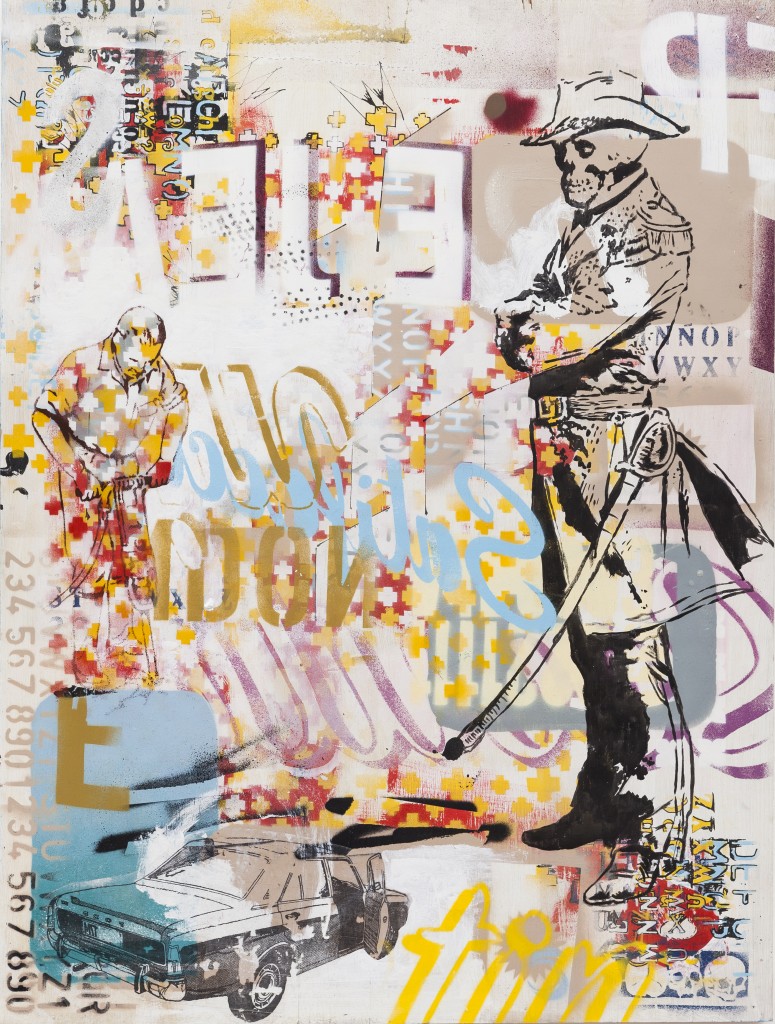